Women's and Gender Studies: Find Web Sites  (Montgomery College Libraries)
Provides links to 100s of Web sites of interest to those in women's and gender studies.  You will land on the A, B, and C listing; to explore other parts of the alphabetically-organized list click on the Find Web Sites tab.

American Association of University Women
http://www.aauw.org/
"AAUW has been empowering women as individuals and as a community since 1881. For more than 130 years, we have worked together as a national grassroots organization to improve the lives of millions of women and their families."

Feminist Majority Foundation Online
http://www.feminist.org/​
The Feminist Majority Foundation (FMF), founded in 1987, is dedicated to "women's equality, reproductive health, and non-violence. In all spheres, FMF utilizes research and action to empower women economically, socially, and politically. Our organization believes that feminists - both women and men, girls and boys - are the majority, but this majority must be empowered."

Women's International League for Peace and Freedom  (WILPF)
http://wilpf.org/​
An international non-governmental organization (NGO) with national sections covering every continent.  Since its establishmen in 1915, the WILPF has brought together women from around the world who are united in working for peace by non-violent means and promoting political, economic and social justice for all.

The Women's March
https://www.womensmarch.com
The mission of Women's March, a women-led movement, is to "harness the political power of diverse women and their communities to create transformative social change"

The Arthur and Elizabeth Schlesinger Library on the History of Women in America
The Schlesinger Library  "documents the lives of women of the past and present for the future" and contains the print archives of NOW (National Organization for Women), WEAL (Women's Equity Action League), magazines and zines (such as Bust), and individuals significant in women's history.  One of the collections that contains digitized materials is Black Women Oral History Project Interviews, 1976–1981.

WomenWatch: The UN Internet Gateway on the Advancement and Empowerment of Women (United Nations) 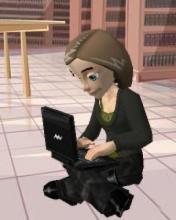