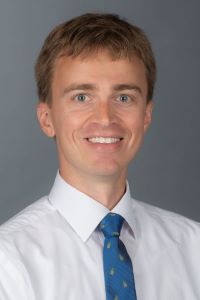 A Dictionary of Language
UNI Reference P 29 C68 2001
Another solid dictionary authored by David Crystal, it defines the world's languages, language areas, and terms important in the study of language. For each language listed it tells the reader, among other information, how many speakers of that language there are in the world.

Encyclopedia of Language and Linguistics
UNI Reference P 29 E48 2006
This extensive and detailed 10 volume encyclopedia contains articles on the world's languages, linguistics theories, and language concepts. Many of the articles are quite in-depth. Each article concludes with a bibliography.

International Encyclopedia of Linguistics
UNI Reference P 29 I58 2003
A detailed, comprehensive 4 volume set which features lengthy articles on linguistic concepts, important linguists, and many of the world's languages. The descriptions of languages contain the phonetic alphabet and basic grammatical concepts for each language. Each article concludes with a bibliography; a glossary is found in volume 4.

The Linguistics Encyclopedia
UNI Reference P 29 L52 2002
Contains articles on important concepts in the area of linguistics. Each article features suggestions for further reading; a lengthy bibliography and an index is located in the back of the book.

Compendium of the World's Languages
UNI Reference P 371 C36 2000
A large number of the world's languages are described in this 2 volume set. Each description includes script, phonology, morphology and syntax, and, where applicable, a written sample of that language (in many cases a short Bible passage).

The Languages of the World
UNI Reference P 201 K35
Contains brief descriptions of a number of the world's languages. Features a reproduction of a written passage from each language described, as well as an English translation of that passage.

Encyclopedia of Language and Education
UNI Reference P 40.8 E53 1997
This 8 volume encyclopedia focuses specifically on the relationship between language and education, including language policies in educational settings. There are three volumes in this set that may be of special interest to TESOL students or practitioners: Second Language Education, Bilingual Education, and Language Testing and Assessment.