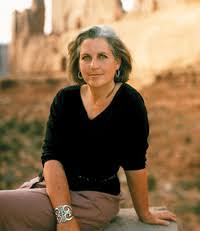 Terry Tempest Williams is the author of numerous books on topics ranging from the National Parks, women’s health, and democracy. Winner of The Community of Christ International Peace Award, the Sierra Club’s John Muir Award, to name two of her many honors, Williams's work demonstrates how environmental issues are social issues that ultimately become matters of justice. She will be visiting us on Friday, April 19, 2019, meeting with students before giving a talk that evening.

An Evening with Terry Tempest Williams

The Aldo Leopold Distinguished Lecture Series cordially invites all members of the campus community to participate in a Common Read experience this semester by discussing Terry Tempest Williams’ important collections of essays, The Open Space of Democracy. Please visit the registration page to select your group facilitator.  The three essays included in The Open Space of Democracy are linked below.